This is Martiza. Or Marixa. The spelling is still unclear. 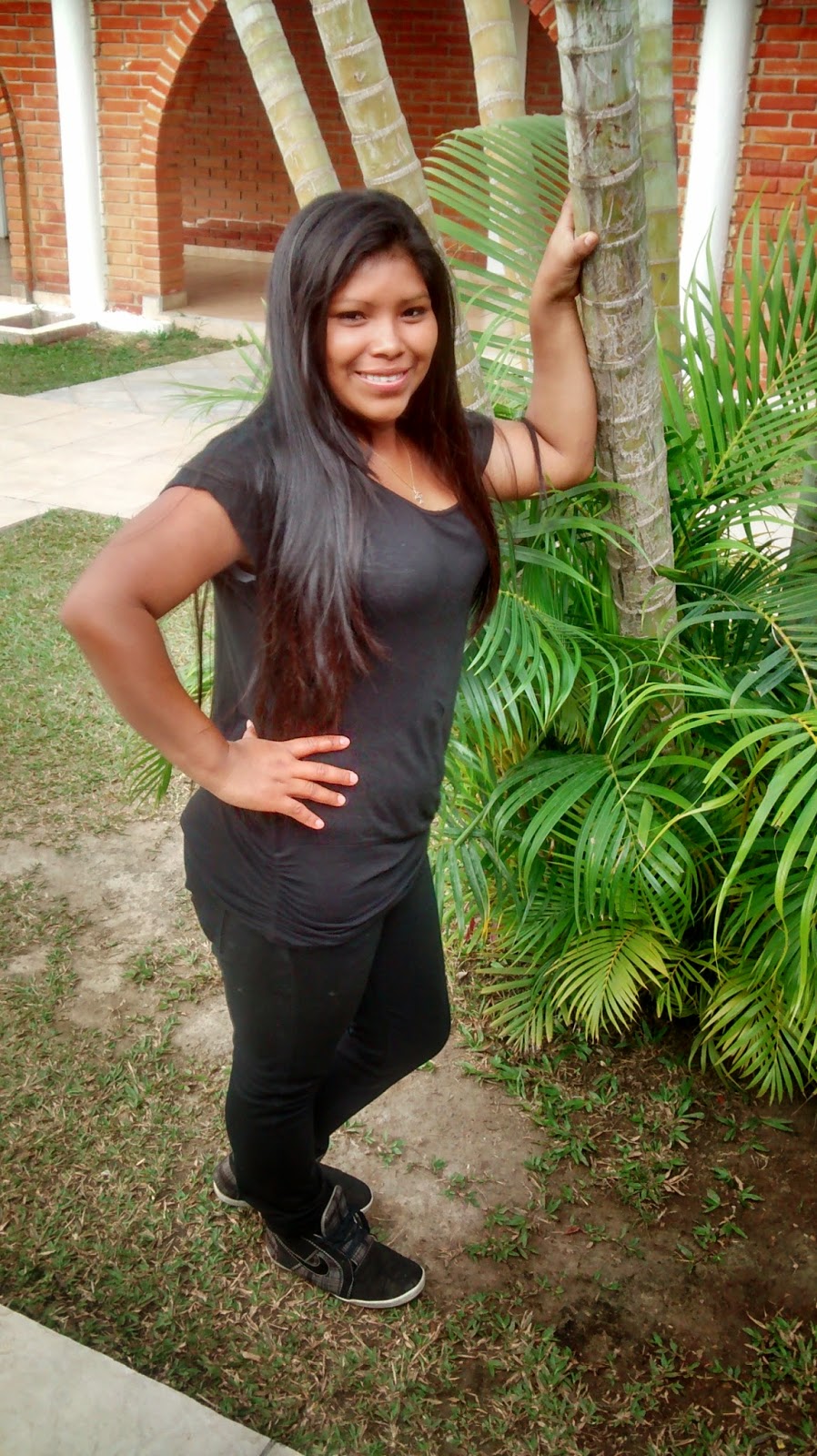 Her birth certificate, and file in the office says Martiza, which is how I spelled it when I handed the fifteen year old a card about three weeks into our stay here. But man, oh man, did she come back with some words for me. IT’S MARIXA I was told. Which is more accurate to how she says it.  I was confused. I asked her to spell it. She took a crayon and slowly, very very slowly, made a M, R, I, X, A.  Her friend corrected her and she squeezed in the first A. Ah. I said. Now I know. Marixa.
Marixa is the cook in the Little Girl House. She is 15 years old which means she should technically be in the Big Girls House. But is out on good behavior. She didn’t have good enough behavior, and wasn’t quite old enough to be a Big Girl Leader in the Little Girl house, but she did qualify for the cook position. So she’s here. Every day, heating up goats milk and making beans and rice and tortillas and chopping veggies with a big old knife.  She barely breaks five feet tall but is built strong enough to take anyone down. Her black hair reaches all the way to her hips and her voice booms across the whole orphanage especially when she is calling out to some boy way over there.

She first told me she came here two years ago (that part’s true). She told me all her family was dead (not true). Then she told me she had 5 brothers and they all lived in Tegucigalpa (not true). Then I find out her two sisters are here as well, in different house.  Marixa’s a little intense. She knows zero English, and my Spanish was painful the first few weeks, so maybe we’ll blame that for the miscommunication on her past. Her laugh is LOUD and frequent and sometimes she accompanies it with the swinging of a dish towel. Everyone’s a little on edge around her, or as Dalia, the other Big Girl in the Little Girl house said, “Everybody knows she’s crazy.”

Marixa and I have had it rough. The five other Big Girls and I figured out our relationship in the first few weeks. (They are in charge of the toilet paper and saying which girls are being disciplined- I’m in charge of the keys, the laundry, second helpings of food, and saying no to things.) I buy cokes and they share chips. I carefully walked into this relationship with these teenagers and the result has been true friendship. But oh Marixa. Four weeks in I thought we were doing well laughing and joking, but then she didn’t speak to me for four days. The reason finally came out. One day when I was walking by the house she called my name and I had ignored her. We finally clarified that it was because I had three children with me, was talking with another adult I was walking with, and probably didn’t hear her. But I was in hot water.

We cleared that up and we were good. I spent extra time doing dishes with her. I brought her presents. I gave her attention and tried everything I could to get to know her. I thought we were good. But then school started. Marixa is 15 but is only in the 6th grade. She is unable to read or write so sixth grade is challenging. Not to mention embarrassing. She has to wear a white collared shirt and walk with the Elementary School while her friends go to high school. She hates school. With a passion. So the week before school and the week of school she hated me too. Probably because I existed. The behavior was really hard to pin down. It was a lot of yelling, but also laughing and manic and hyper.  I didn’t catch all of her words but even with the language barrier, rude still comes through. It didn’t matter what I did. This girl, whom I had carefully, and painfully tried to build a relationship with was only obnoxious back.  I let it go for a week before I finally confronted her outside by the mops.

Marixa has been in more than just a few fights. Not just physical. This girl fights anyone that tries to get close to her. Friendship and vulnerability is her great enemy. A little girl’s great enemy. She is exhausting. And everyone tells her she is exhausting. Imagine fighting the world.  My pride wanted to punch her. My Mama’s heart  told me that she must be exhausted too. 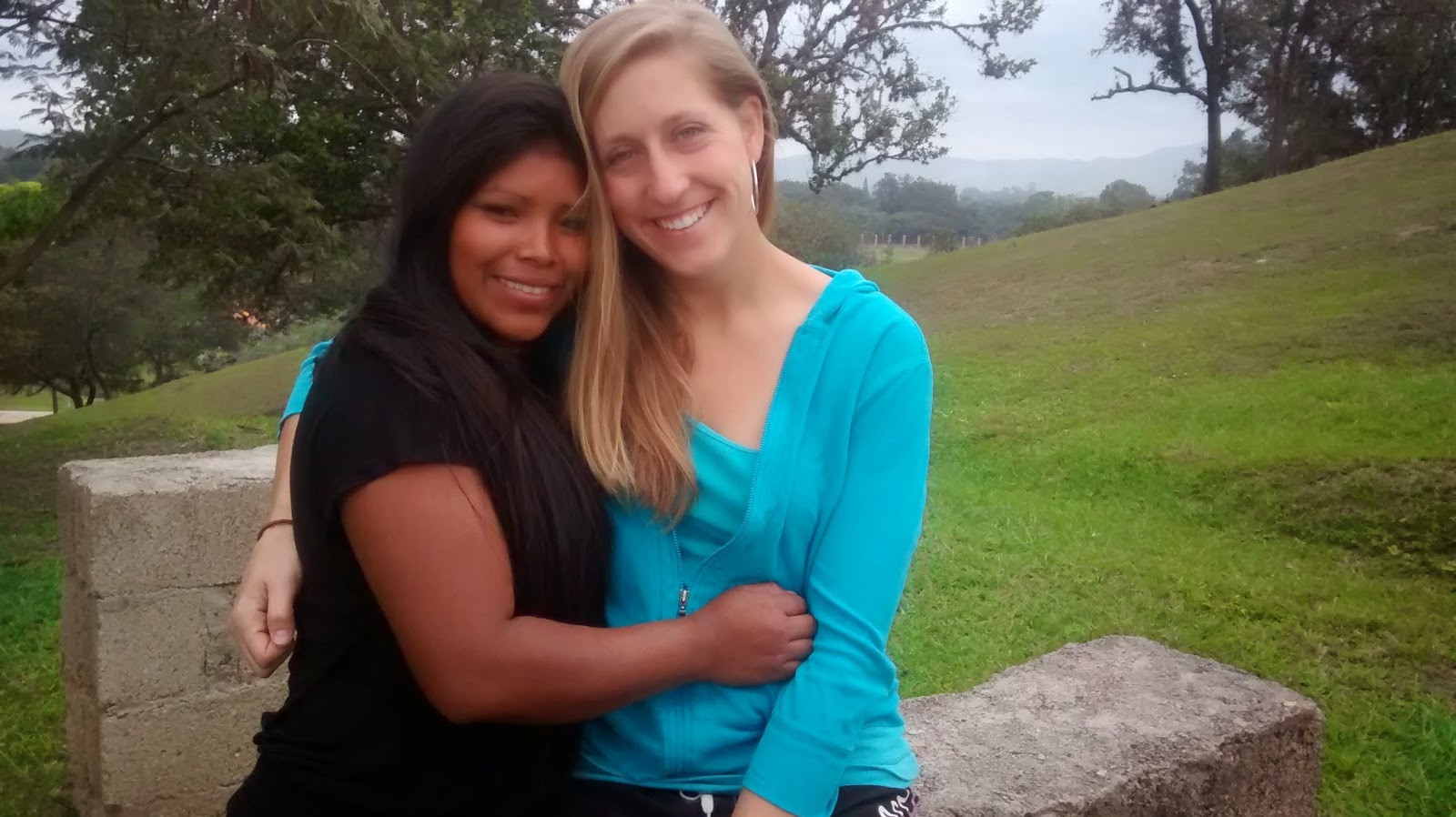 So, in my broken Spanish I told her how I very much wanted to be her friend. How I thought she was wonderful and smart and sweet. I told her she didn’t have to be my friend back but she better knock off her behavior or I was going right up to Carelia (the boss) and she knew what that meant. I told her that I loved her. I really loved her. My tears spilled over and I told her how sad I was but that I still loved her. She was argumentative. Then quiet. She wouldn’t look at me and didn’t apologize but didn’t pull away when I hugged her.

The next day it stopped. Her behavior was calm. She brought me gifts of cups of coffee for a week and played with my children. Then Valentine’s Day came.

I was mopping the walkway on Valentine’s Day morning when Dalia called my name. I set the mop down and went over. Dalia dragged me into the kitchen and I saw Marixa. She was standing there with her hands over her eyes. Dalia told me Marixa was just so embarrassed but wanted to give me something. Marixa covered her face and handed me bags.

Inside one was a brand new skirt and shirt for Elena. Marixa was so proud and left all the price tags on. Brand new!! She kept telling me in Spanish, and over and over, I bought it I bought it!! There was a brand new shirt for me as well. With a heart on it for Valentine’s Day with peace and love written all over it. She insisted I wait and open the rest at home and when I got home and opened the remainder of the gift- I cried as it all spilled out over my table. Nail polish, granola bars, headbands, bracelets, makeup, necklaces, bookmarks, gum, candy, etc. 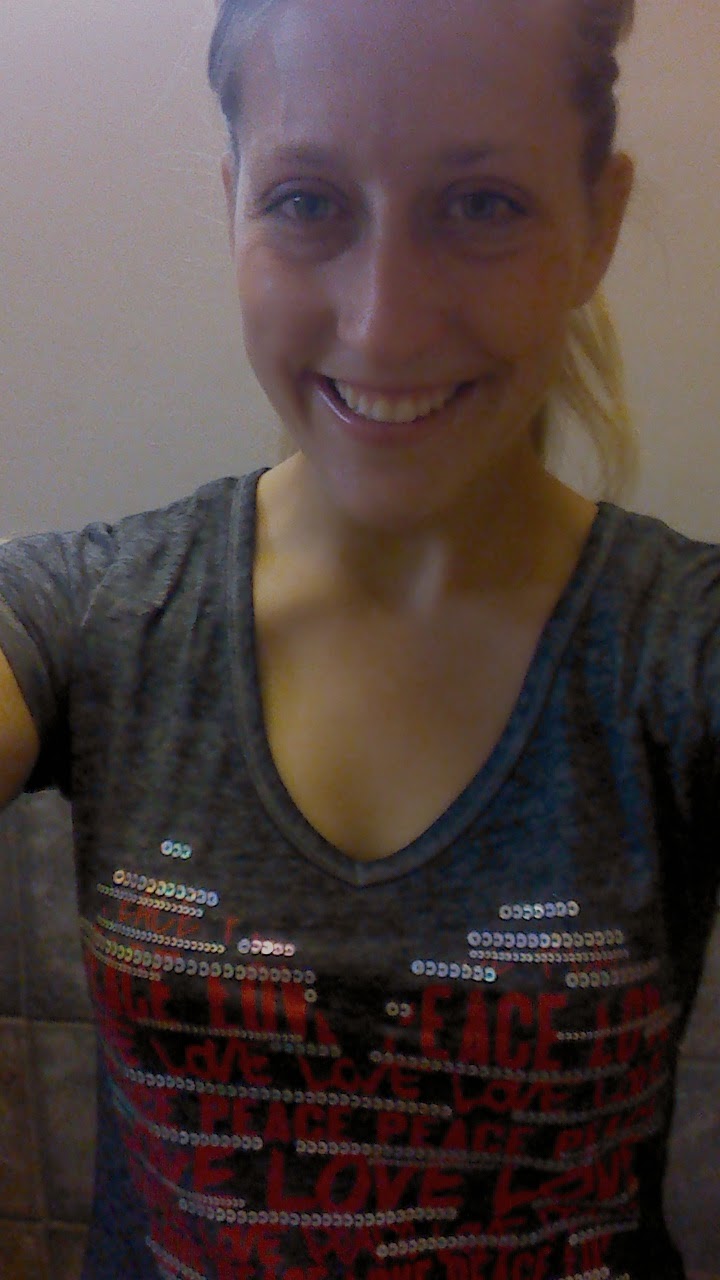 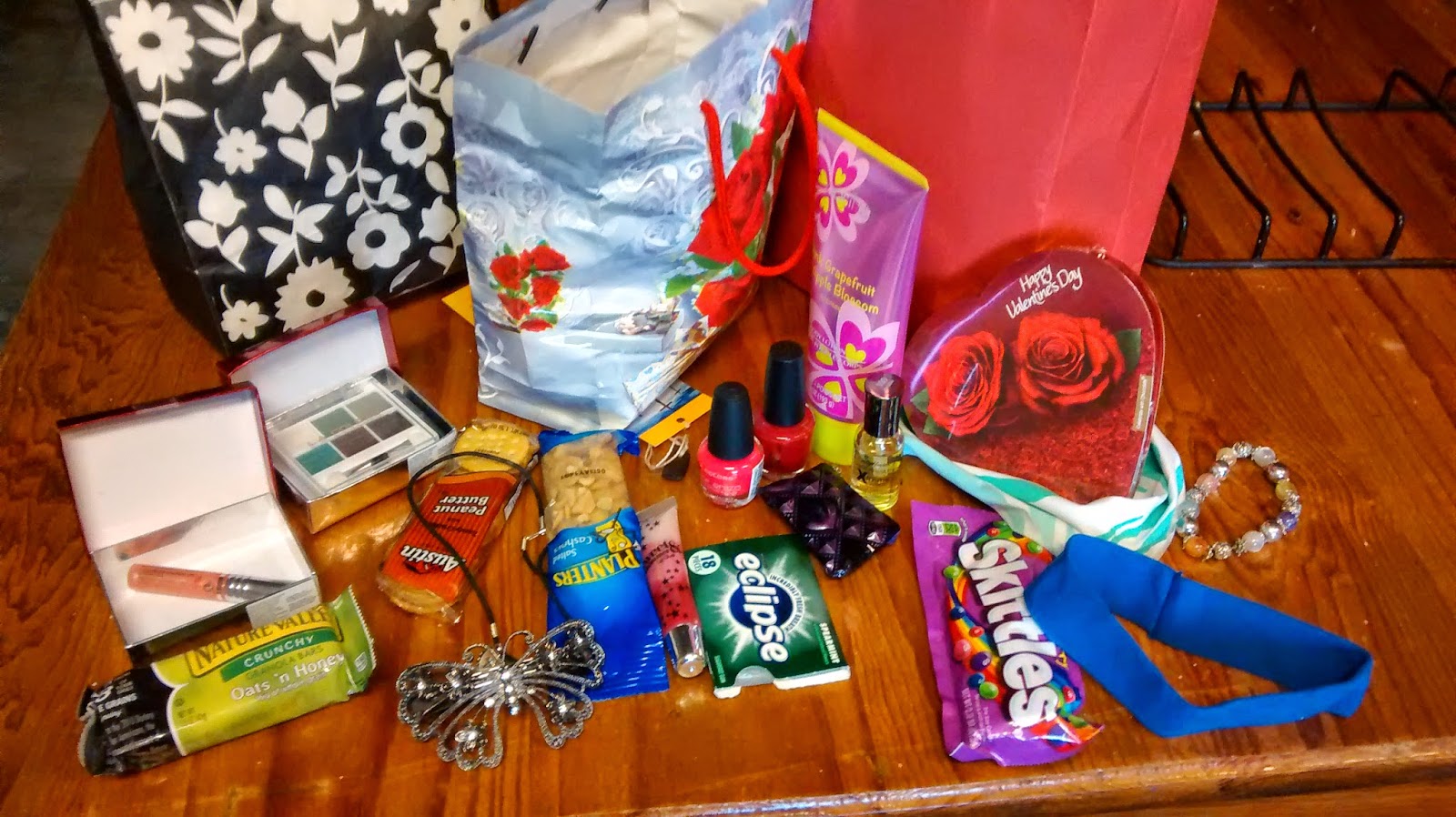 You guys, this was the good stuff. After being here three months I’ve learned what has value to the high school girls (scotch tape and nailpolish, lotion) and what is on the low end of the scale (stickers). This was the high end stuff. This was either all her savings from Christmas gifts or  from sponsors or she made trades with others for all of it. A whole bag. A whole bag of the best stuff. I have never been so humbled as when I received Marixa’s gift of her very best.

A note was tucked in an envelope for me. “To Key”. She had laid down her pride and had dictated it to a friend to write for her. The note spoke of friendship and love. Of course I read it through tears.
And sometimes there is striving and no good ending that you can see. And sometimes you just trust that God’s grace is there even if you don’t feel it. But sometimes, just sometimes- the gift is an actual gift that sits on your kitchen table. 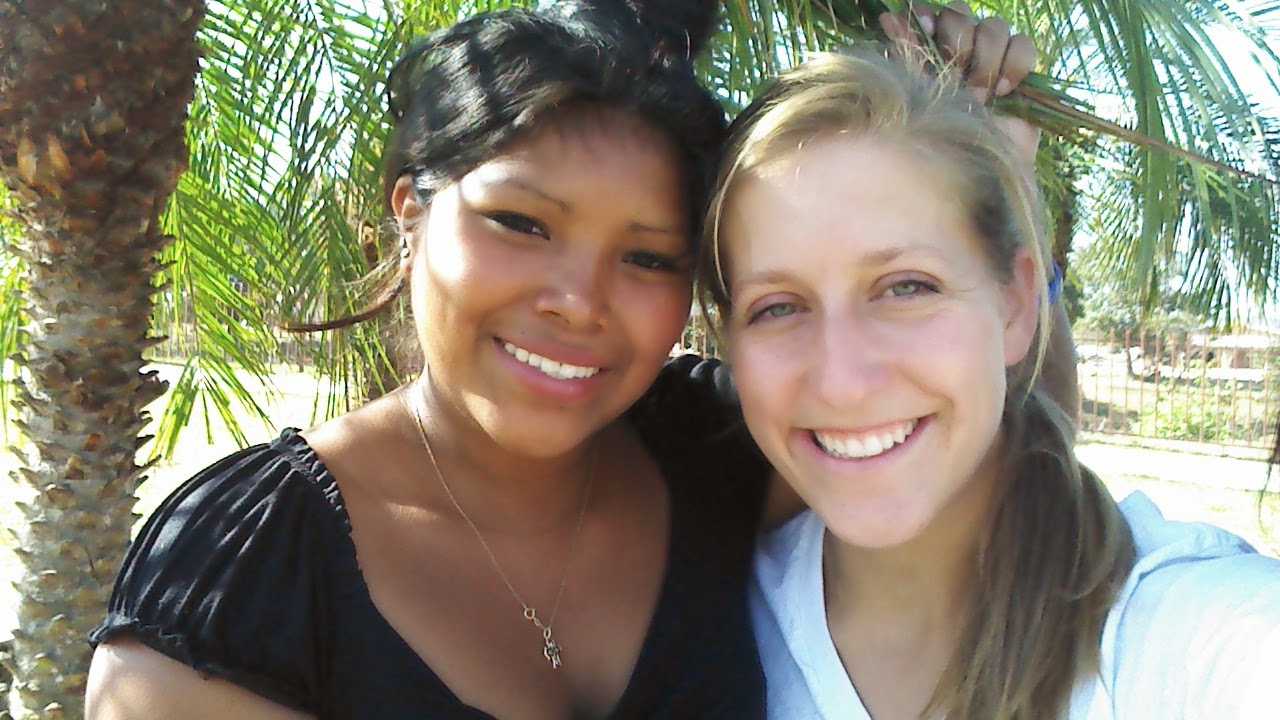