For years I have watched the fireworks show for Independence Day. Four years ago I was watching the fireworks with  my in-law family in downtown St. Paul, when at 9 months pregnant my water broke. Like everywhere. Really obviously. In front of husband Joe’s entire family. Oh, and thousands of people watching the fireworks.  Then it felt as though thousands of people were watching me as I had to walk to the car, have the police take down the barrier so we could exit, as the grand finale firework display sounded right above us.  But twelve hours later I was holding my son, Joseph Roman Spadino.

Despite the timing, my firstborn broke me into parenting gently. He took the fact that we actually lived in a RV as opposed to a house, in stride. He traveled the whole country his first year. Waving to the ocean on the east coast and dipping his feet in the Pacific. He climbed mountains on our backs, and camped in the sand dunes. He stood next to cacti and cattle, and curled up in between us under starry skies, and rainy skies.  When his little brother came wiggling into our family Joey didn’t bat an eye. Well. He actually broke out in a rash for a week. But besides that, he didn’t bat an eye. He has always been an older brother.
And this big brother just now walked over to me and asked if he could take his new birthday present, a pair of binoculars, to bed. He wanted to keep practicing so he can watch the birds tomorrow. And yes. He may. Although it is dark in his room. So practicing doesn’t make much sense. But it also doesn’t make sense that he’s four.

He’s four and he is saying phrases like, “is it okay if I take my cool goggles to bed?” He is four. He can stand on one foot and walk backwards. He can eat a whole gummy worm without me panicking that it will slip down his throat. He can draw people with legs coming out of their heads. He knows what sound each letter makes. And is pretty good at animal noises too. He is four and he stands on the edge of grocery carts and can throw a pretty fantastic temper tantrum. He is four he can eat a watermelon and spit out the seeds. He can balance a chair on his bed and stand on it. He is four and can ride a bike, and sing a song, and brush his teeth. He uses phrases like, “bummer dude” and “just a minute.” And speaking of minutes, I would like to know where all those went.

Most likely they are with the lost socks and sand toys. Joey asked this year for a packer party for his birthday. As in the Green Bay packers.  So we whipped up a football cake and we invited our friends and had a hoopla of a party in 100 degree weather this morning. (A day before his actual birthday the sixth). 19 children and six moms and a special grandma. Some of my first real friends in Minnesota, who have seen our family grow, and moms who love my kids. And there were children on bikes and in the water fountain, one under the table eating cake off the cement. And it was perfect.

Tonight I tucked my little binocular/football loving boy into bed. A four year old. I turned on the fan and off the light and kissed his cheek and realized that everything I do as a parent is this: to help them gently grow up. To love them tightly and fiercely as they do.
And then right in front of me- they do. Grow up.

And here is a four year old. My four year old. And in the pause between the fireworks I can hear him growing. I can feel my heart stretch. And this is how it was made to be. 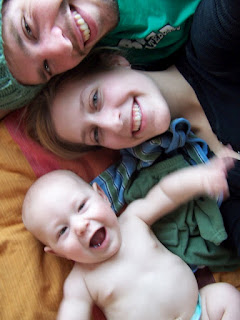 our little family four years ago. 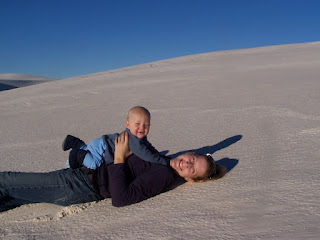 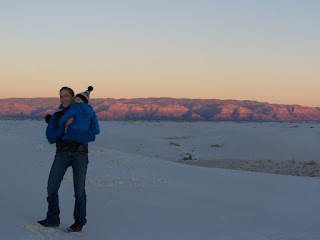 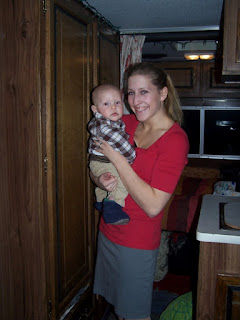 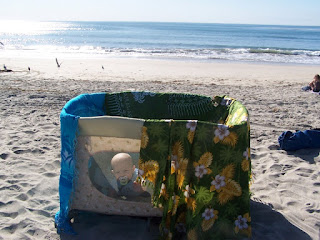 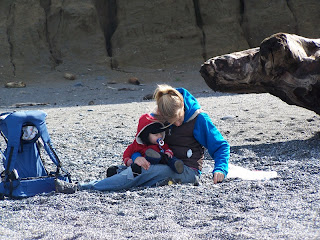 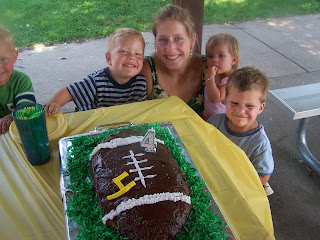 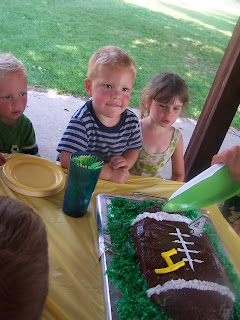 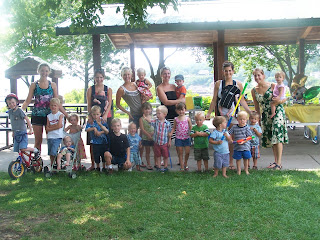